The increasing use of land (urban areas, industrial areas, road infrastructure, etc.) is a major cause of degradation of our environment. In the last decennia there is a growing concern about this negative aspect of a growing population and a growing economic wealth. So, most of the LCA practitioners feel the need for incorporating the negative aspects of ‘land-use’.
The eco-costs system describes the impact of land-use is in terms of conversion of land (Lindeijer, 2000), also called ‘land-use change’, being the degradation of ‘quality of land’, with the dimension of ( €/m2 ). This relates to the idea that nature is being destroyed and the environment is degraded at the moment urban and industrial areas or railway and road infrastructure is expanded. The conversion of land causes depletion of scarce ‘nature’, similar to the resource depletion of materials when virgin materials are used for products.

The ‘eco-costs of land-use’ is related to the marginal

Aspect 1 (bio-diversity) and aspect 5 (carbon sequestration) have been operationalised in the eco-costs system, to enable LCA calculations on wood and agricultural products. Aspect 3 is not relevant for food production, given the broad application of chemical fertilizers in practice. Aspect 2 and 4 are simply to complex in LCA.

For land-use change, the change of sequestered carbon (‘carbon sequestration credit’) in Boreal forests might be calculated on a global scale, and then allocated to the wood in ‘4 side sawn’ beams per kg. Similar calculations can be made for bamboo (Vogtlander et al. 2014). However, these effects are not dealt with in the Idemat tables, since these effects are rather small, and it is not common practice to incorporate these effect in LCA.

For tropical hardwood the situation is different: (1) In the case of FSC wood, the change in sequestered carbon is zero, since the forest is a “steady state” system either by “rotational” Reduced Impact Logging (RIL), or it is a plantation, (2) In case of illegal ‘clear cut’, the carbon sequestration degradation (debit) is considerable, and calculated for ‘4 side sawn’ beams per kg. See webpage wood for more information.

The eco-costs of biodegradation of land-use for (tropical) wood

An interesting issue here is the fact that this biodiversity factor reasonably holds for other biodiversity indicators, like number of mammal species and bird species on a normalised logarithmic scale. See Fig 2.5 b and c. Other maps on specific species can be found at the website of the biodiversity mapping organisation developed by Clinton Jenkins of the IPÊ – Instituto de Pesquisas Ecológicas (Jenkins et al. 2013).

To enable land-use calculations for agricultural products in Ecoinvent, a conversion table has been created to cope with the Ecoinvent Occupational Land-use data, based on the degradation of biodiversity caused by the growing area of agricultural land (12.5% per 30 years, see FAO report ‘World agriculture: towards 2015 / 2030‘). Since Ecoinvent does not provide data per region or country, the EU area (i.e. Germany, France) and the agricultural areas of the USA, Australia and Argentina, with a biodiversity factor of 0.375, are taken as norm for this calculation.
Note 1. Brazil has an average biodiversity factor of 0.75, so two times the factor for the EU and the USA. The consequence is that the eco-costs of land-use that are calculated by the Ecoinvent data must be multiplied by a factor two for agricultural production in Basil.
Note 2. When you want to make your own calculation on land-use change, and you have your specific data on species richness of vascular plants per 1 km2 (instead of 10.000 km2), the biodiversity factor is 0.3125 for 315 species per 1 km2 (see Table 6.2 at Natural Capital). 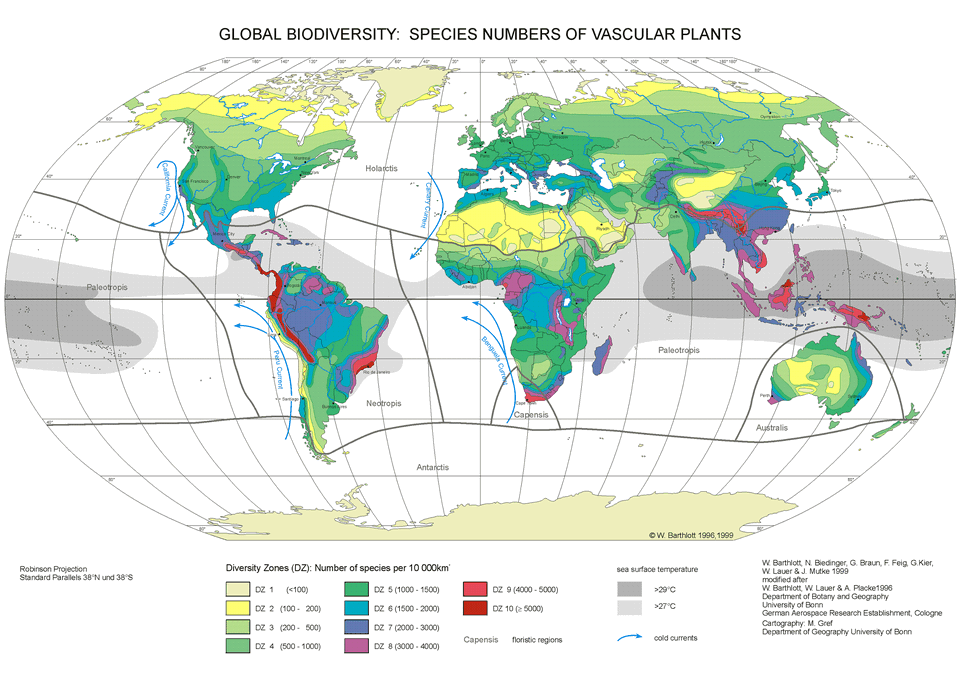 Fig. 2.5a. The World Biodiversity map of vascular plants (Barthlott 1999) 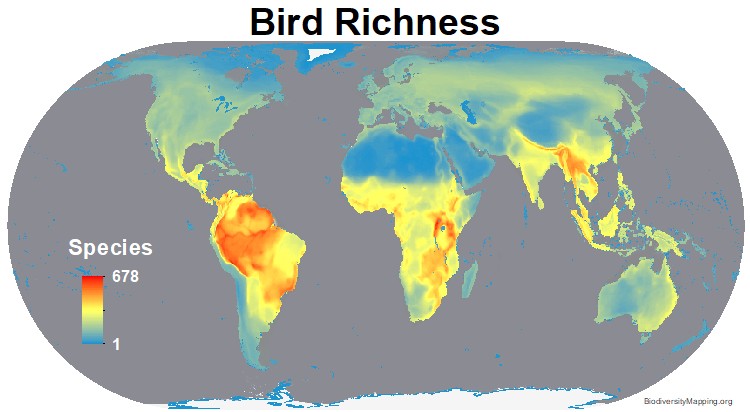 Figure 2.5 b and c. The world biodiversity map of mammals and birds